Wynn To Spend Twice As Much For Mitigation Than Somerville; Future Somerville Projects To Generate 200% More Traffic Than Wynn Everett 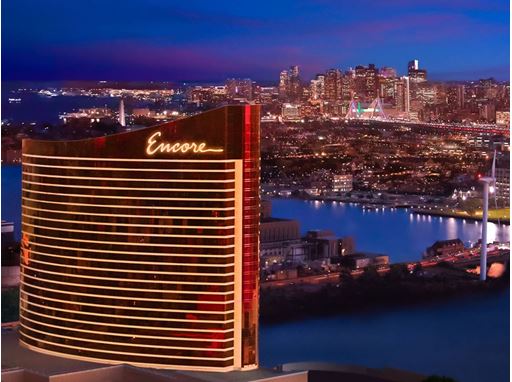 LAS VEGAS (February 18, 2016)—In addition to Somerville Mayor Joseph Curtatone costing the citizens and business of Massachusetts $55 million ($660 annually) for every month that he delays the Wynn Resort in Everett, Wynn Resorts is disclosing that future developments supported by Mayor Curtatone for Assembly Row and his city will conservatively generate 40,000 vehicle trips per day to Sullivan Square and the Assembly Square area—200% more than the 20,000 cars that Wynn is generating per weekday.
“Assembly Square accounts for 24,000 vehicle trips to the area and future phases will add 16,000 trips for a total of 40,000 vehicle trips per midweek day. Wynn will account for 20,130 weekday trips, half the amount of Assembly Square” said Michael Weaver, spokesperson for Wynn Resorts. “Despite the disparity, Wynn will spend $265 million in traffic mitigation whereas Somerville spent $116 million, $100 million of which was taxpayer funded. Wynn has one-half the traffic and more than twice as much spending in mitigation.”
In a press release earlier today, Wynn Resorts announced that Mayor Curtatone’s appeal of Wynn’s Chapter 91 license will cost the Commonwealth $660 million a year. The $660 million annual figure includes direct annual expenditures from Wynn: $242 million in annual taxes and fees, $170 million in payroll and $248 million in goods and services to operate and maintain the
$1.7 billion five-star resort.
The delay will severely impact schoolchildren, public safety, healthcare, transportation, parks and non-profits across the state. Following is the allocation of Wynn’s anticipated $242 million in annual gaming taxes (per Massachusetts gaming bill and Wynn Everett projections):
"It is unfortunate that Mayor Curtatone's delay of the Wynn project will so adversely affect funding for schools, public safety, healthcare and non-profits," said Weaver.
Somerville’s action could also place 4,000 union construction jobs, 4,000 permanent jobs and the ongoing $30 million cleanup of the former Monsanto chemical plant site in jeopardy.
“It’s hard to comprehend how anyone can be against thousands of jobs and millions of dollars in tax revenue that would benefit the entire Commonwealth,” said Robert DeSalvio, President of Wynn Everett. “This particularly holds true when you take into account our three years of exhausting work that included five environmental fillings, more than 10,000 pages of studies and documents, a mutually agreed upon arbitration process with the City of Somerville and a MEPA certificate from the Secretary of Energy and Environmental Affairs that determined that our project ‘adequately and properly complies with MEPA and its implementing regulation.’ “
​Preparation and remediation of the 33-acre Wynn site along the Mystic River began in October of 2015 and was progressing on schedule. Construction of the Wynn Resort in Everett will generate 4,000 union construction jobs that cover 10 million total work hours. An additional 4,000 permanent operational jobs will be created when the resort is open.