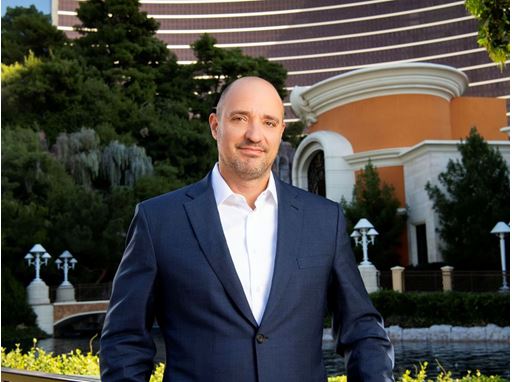 Matt Maddox is the CEO of Wynn Resorts, one of the most recognized luxury resort brands in the world. With more Forbes five-star awards than any independent hotel company in the world, Mr. Maddox leads the standards of excellence at Wynn Resort's current properties including Wynn and Encore in Las Vegas, Nevada, Wynn Macau and Wynn Palace in the SAR Macau of the People's Republic of China, and the newly opened Encore Boston Harbor in Boston, Massachusetts. He is Chairman of Wynn Interactive, a leading online sports betting and digital casino company.

Mr. Maddox spent his early career as an investment banker in the mergers and acquisitions department at Bank of America before working in corporate finance at Park Place Entertainment, which later became known as Caesars Entertainment.

One of Wynn Resorts first employees, Mr. Maddox joined the Company when it was founded by Steve Wynn in 2002, serving as Treasurer and Vice President of Investor Relations and responsible for securing the financing to build Wynn Las Vegas. Recognizing the incredible potential for a resort in Macau, Mr. Maddox was among the first of the Wynn executive team to relocate to Macau in 2003, becoming the Chief Financial Officer of Wynn Resorts Macau.

During his three years in Asia, he was a key leader on the pre-opening team that built the organization from ground breaking through the resort opening in 2006. The resulting Wynn Macau has proven to be one of the most successful integrated resorts ever created, and remains the only resort in the world with eight Forbes Five Star awards.

In 2008, Mr. Maddox was appointed Chief Financial Officer of Wynn Resorts. In 2013, he became President and Chief Financial Officer, where he once again turned his focus to China, this time in Cotai. Mr. Maddox led the financing for the development and opening of the $4.2 billion Wynn Palace, which earned a coveted Forbes Five-Star triple-crown in 2018, and is the only Five-Star resort with more than 1,000 rooms.

In February 2018, Mr. Maddox assumed the role of CEO for Wynn Resorts, and immediately began a sweeping reconstitution of the Company's board of directors, corporate governance programs and workplace policies. As CEO Mr. Maddox led the company's successful opening of Encore Boston Harbor as well as invested over $500 million in Wynn Las Vegas and Wynn Macau adding a new convention center, remodeled hotel rooms, a new golf course and various restaurants. In addition, he has led the conception and design of a multi-billion dollar public art and entertainment center at Wynn Palace in Cotai, Macau.